In 2014, KENET launched the Schools Connectivity Initiative (SCI) project which aimed to connect all schools in Nairobi to affordable Internet. As a result of the SCI, the Academy of Science of South Africa (ASSAF) invited KENET-connected Schools to participate in the event. KENET identified three Schools that were under the SCI project to take part in the week-long event, which is an initiative of SA’s Department of Science and Technology (DST). The annual event runs across South Africa’s 9 Provinces simultaneously. ASSAF which presented in Eastern Cape, visited 5 secondary schools and had the discussion each School with for learners from different countries in the Global North and Global South. 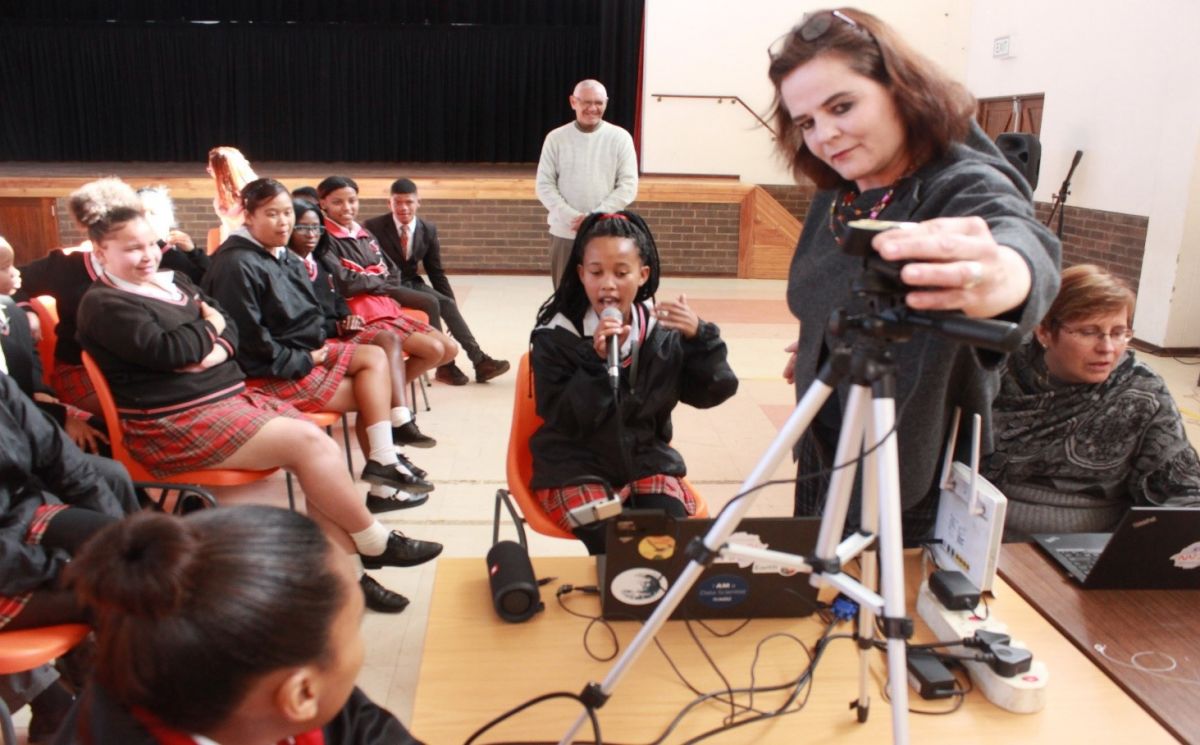 “There were no costs involved, and all that was required is for the learners have a mic, speakers, connect to BBB (open port for this) and be available to give 30 min of their time, to engage with other learners on challenges and solutions regarding climate change,” said Ina Smith, Project Manager African Open Science Platform.

Seven students from AGH, a top national School and one of the beneficiaries of the SCI, participated in the conversation. Mr. Wanyonyi Waswa, hesad of Computer Studies at the School noted that, “we as the Alliance Girls’, represented by Trizah Aduda, Chrystal Mueni, Angel Mwangi, Jasmine Thuo, Joy Sirma, Maryanne Musyimi and Muthoni Wahome, got the opportunity to participate and give our views on Climate Change in Africa and ways the youth can help curb it.” 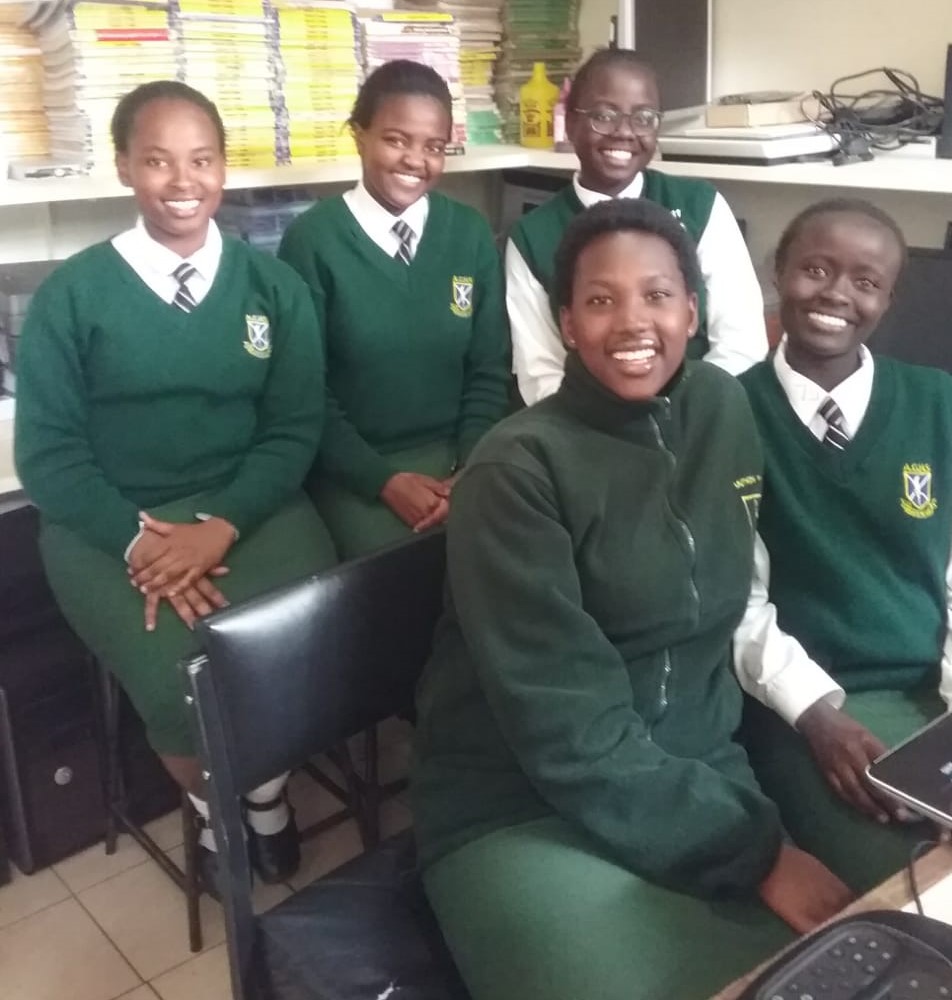 Some of the learners from AGH setting up before the discussions

“We got a lot out of the discussions and realized that change has to start with us. Be it by planting one tree when you come in Form One and tending to it for the four years which the student spends in school, starting a hydroponics project in schools all over Kenya or sharing the idea of plastic roads on social media -  we as the youth have a big role to play because, as we know, there is no Planet B,” said one student from Alliance Girls. 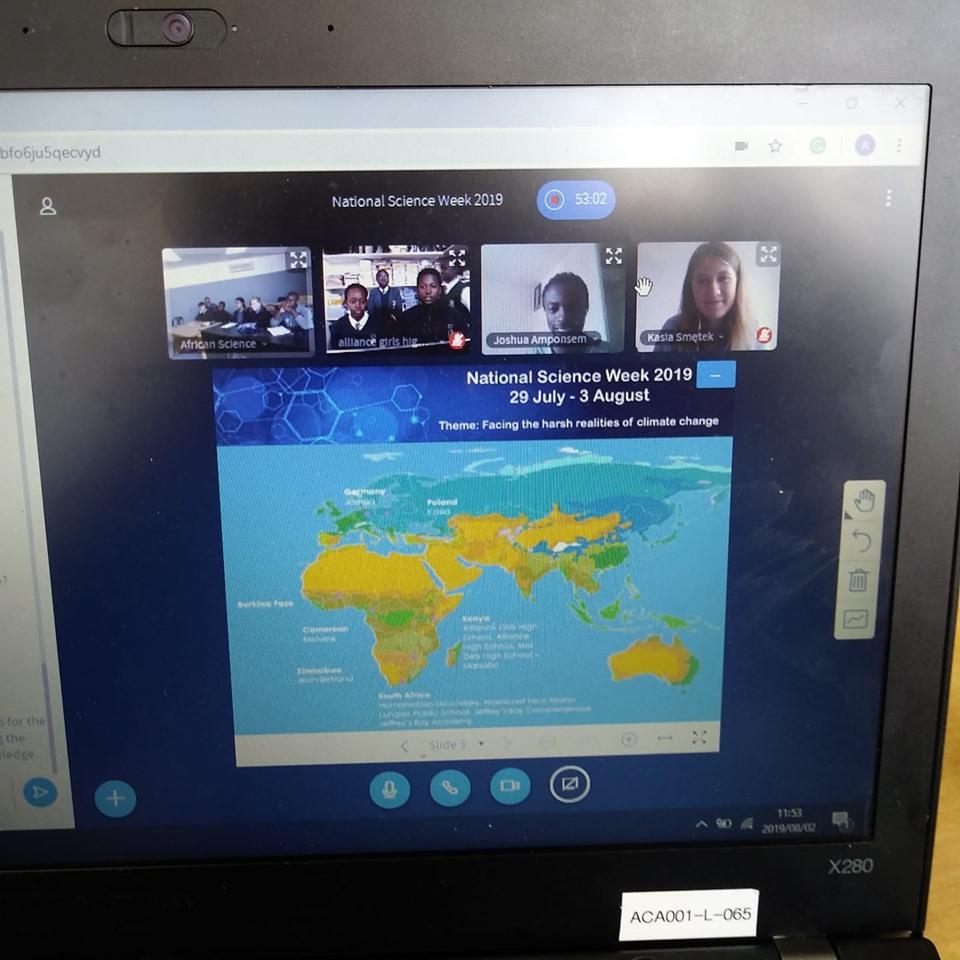 Students from Kenya, Germany, Poland and SA exchanging ideas on how to combat climate change

At Moi Girls School Marsabit, a region classifies as arid, semi-arid and semi-humid, two students participated in the climate change discussions on the first day. “The school is located in Marsabit County which is one of the dry counties in Kenya. It is near Chalbi desert which is expanding due to climate change and students were willing to share the challenges they face in relation to the school environment. We pass our appreciation to KENET and the South Africa team that tried to connect as to participate in South Africa’s Science Week," said Mr. Wekesa Barasa, Head of Computer studies at the School.