Kenya Education Network (KENET) is a Trust incorporated under the Trustees (Perpetual Succession) Act Cap 164. It has 11 Trustees with the Executive Director as the Secretary to the Board of Trustees (BoT). Trustees are appointed and replaced according to the KENET Trust Deed of 2000 and the First Supplemental Trust Deed of 2013. The Board of Trustees is assisted by 11 Management Board (MB) members drawn from KENET member institutions. The list and biographies of Trustees and MB members are available at https://www.kenet.or.ke/node/11). 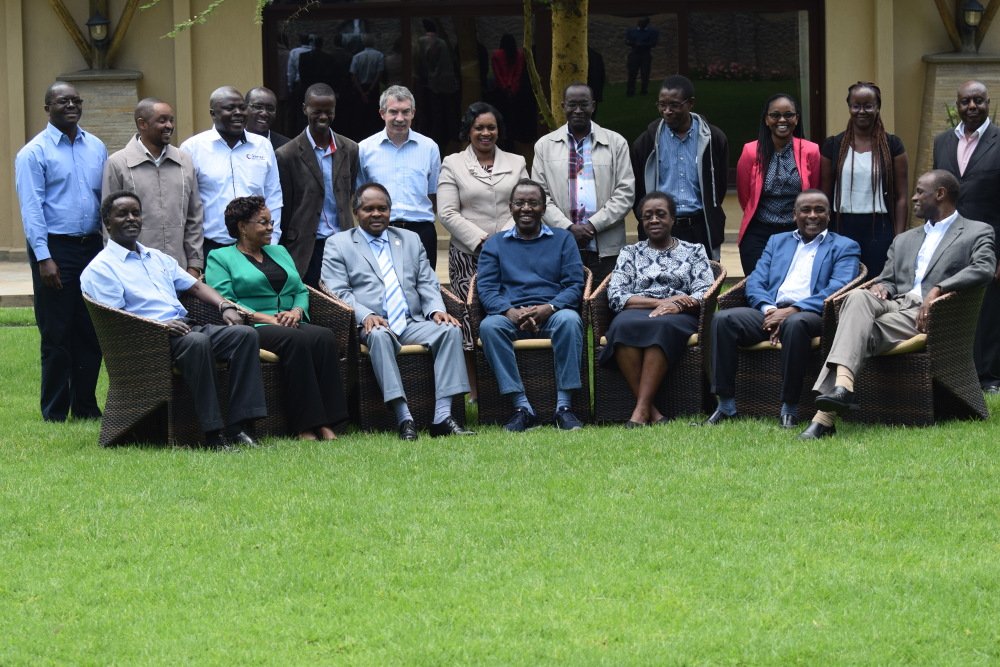 In June 2017, KENET BoT filled the private sector Trustee slot with Mrs. Sheila G. Muya, who is the Country Manager Kenya and Head of East Africa at Pedersen and Partners. As human capital expert, she will help KENET reduce its Human Capital risks.

At the MB level there were many changes. Prof Alice Mutungi, the Dean, School of Medicine at KEMU was admitted in June 2017 as an MB member to fill the slot of senior faculty representative of private universities. This slot was vacant after Prof Abraham Idowu of UEAB resigned upon being re-deployed to a partner university in Nigeria. Mr. Christopher A Moturi, Director, ICT Centre, the University of Nairobi joined the Board in place of Dr. Ibrahim Otieno while Mr. Solomon Mburu, Head, ICT Department, Daystar University replaced Mrs. Myra Gitonga.

Dr. Alice Njuguna resigned in August 2017 as an MB member after she was appointed as DVCAA at Zetech University. She represented one of the two professional experts slots in the MB. The BoT has already resolved to replace her with a female CPA to enrich and strengthen the board expertise in the area of accounting, auditing and maintaining gender diversity of the board.

Finally, Prof Edwin Ataro, the MB representative of Moi University (founder institution) was appointed as the Chairman of MB with effect from October 9, 2017. He replaced Prof Timothy Waema who had served his two-terms as Chairman.

The KENET HR policy seeks to ensure that there is a talent pipeline of high quality entry-level and senior level staff. The critical areas have been in electrical engineering, ICT and accounting but plans to strengthen the KENET capacity in statistics (and open data) and in instructional design have been implemented. As of November 2017, KENET had 40 employees from 27 counties.

The BoT promoted Mr. Peter Muia (B.Sc, MSc, CS, UoN) to a new position of Enterprise Services Manager to oversee Community Cloud and Educational Technology services. Mr. Muia joined KENET in 2008 as a graduate trainee and has over the time been promoted to position of senior systems administrator responsible for educational technology and research services. KENET also promoted Mr. Ronald Osure (B.Sc. CS, Egerton) to the position of senior applications developer with key responsibilities for building the advanced research software infrastructures at KENET.

Ms. Maryanne Njenga will join KENET in January 2018 as a senior accountant to replace Mr. Moses Musau who resigned in 2016. She is currently at Mazars Auditors and will strengthen the accounting team at KENET and support the Audit & Risk Committee of the BoT.